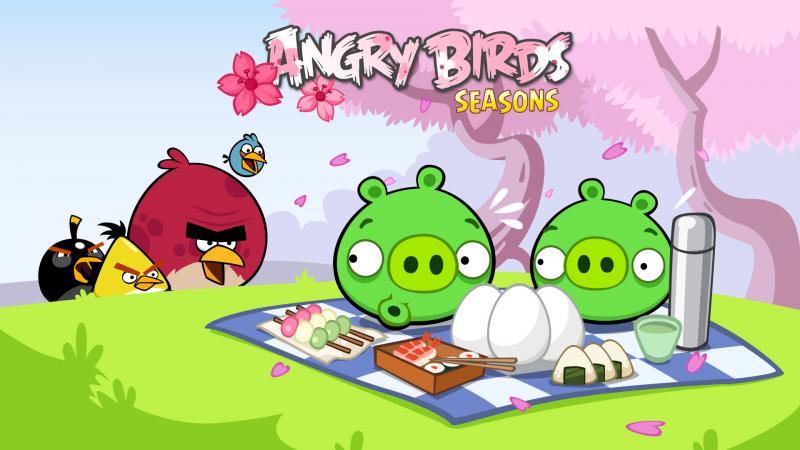 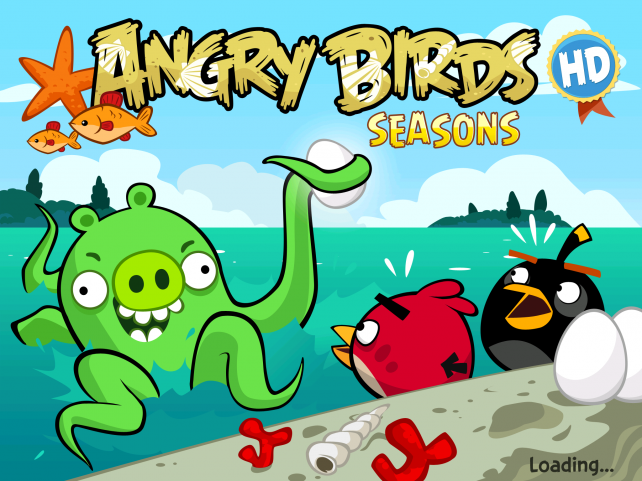 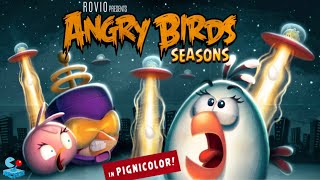 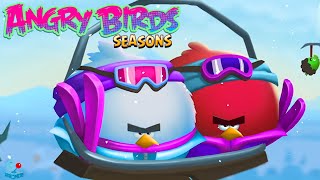 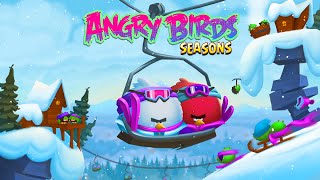 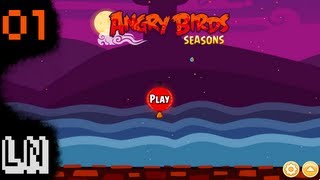 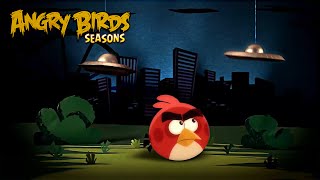 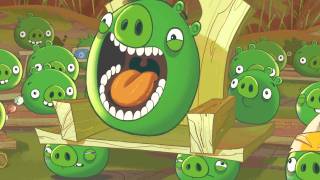 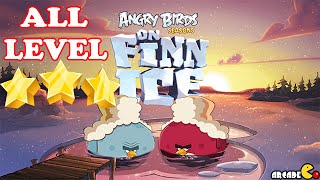 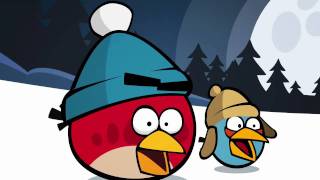 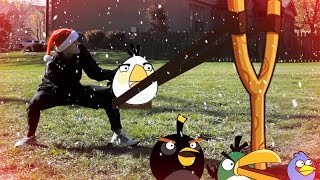 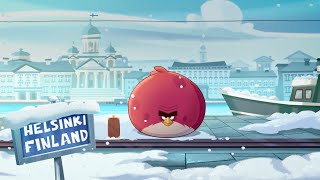 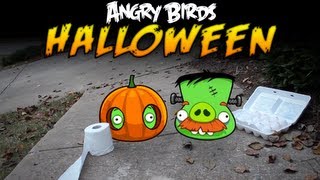 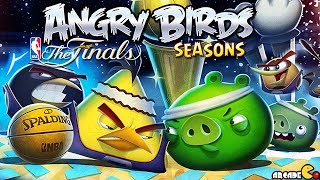 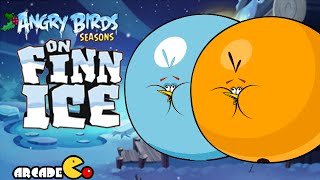 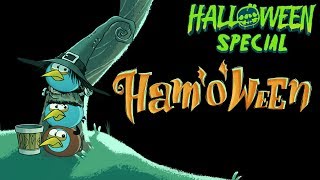 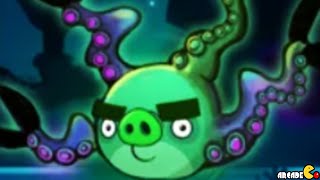 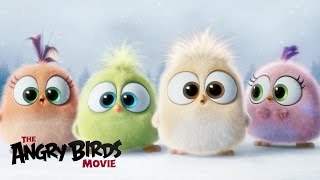 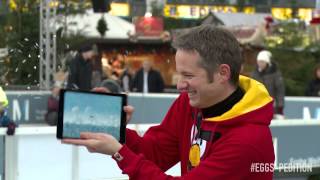 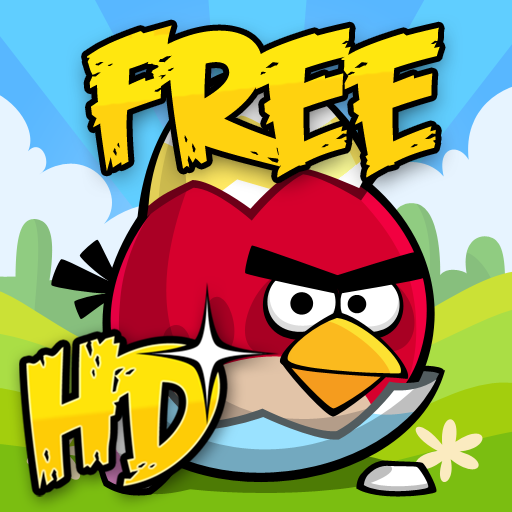 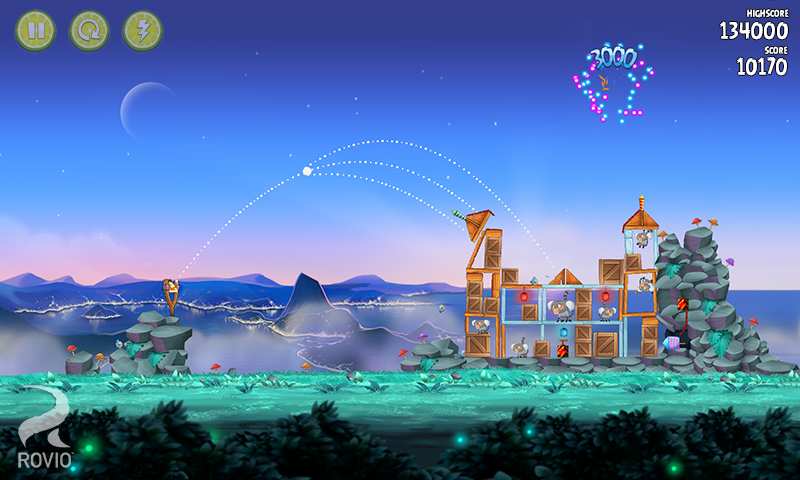 As the seasons change, so does our daily life. However, it’s business as usual for the Angry Birds. They may enjoy some holiday cheer, but so do their Bad Piggy enemies. Come along and follow Red, Chuck and the rest of the flock as they smash up those egg-snatching swine all throughout the year in Angry Birds Seasons!

With a host of new birds, more types of blocks to destroy, and hundreds of new levels, it will surely keep you occupied all year long.

Meet the Birds! Play Through Seasons 2011

In the first package of Seasons, you can sample over half a dozen different worlds based off of a variety of holidays. Everything is specially designed to fit the theme, including the music, backgrounds, props and pigs.

The second package brings even more bird-flinging fun. You’ll revisit a couple of holidays from 2011 and celebrate a few completely new ones too.

The Angry Birds are back in yet another destructive adventure. Their mortal enemies, the Bad Piggies, are a persistent lot. It does not matter what time of the year it is; they’re always hungry for scrambled eggs!

No egg in the world is ever safe, not even during the cold nights of winter, the luckless mornings of Saint Patrick’s Day, or when everyone is supposed to technically go back to school in the fall. Thus, the birds must always be ready to crush whatever is stupid enough to cross them with their slingshot.

Angry Birds Seasons brings back the gameplay of Rovio’s wildly successful 2009 product and inserts it into a variety of holiday-themed puzzles. It looks harmless enough at a glance. For better or worse, it does not do much to shake the original game’s formula up, and the holiday themes are pretty cute as they lend a healthy-looking variety of levels to the mix.

However, Angry Birds Seasons is not nearly as simple as that. In fact, it’s not simple at all; this game contains some of the hardest puzzles ever formed in the series. This can be both good and bad. If the other titles in Angry Birds just don’t pose any sort of challenge to you, then this one might just be the ticket. On the other hand, it can also be incredibly frustrating.

Amidst its other problems is the simple fact that at its heart, Angry Birds Seasons is just another Angry Birds game.

The Seasons Have Passed for this Bird

The first thing that might catch your eye about Angry Birds Seasons is how primitive its graphics may look. The series has never been known for pushing technology to its limit, but it has featured more detailed and lively visuals as of late. By comparison, Seasons feels a tad dated; the backgrounds are a lot more flat and the characters aren’t nearly as expressive. Their voices, which consist of the birds’ assorted squawks and screams, and the pigs’ grunts and evil chuckles, also sound a little off and can be a bit grating as well.

That is not to say that the presentation is bad per say. It certainly was not back when Seasons was first released. It’s just something to keep in mind if you’re well-versed with the more recent entries to the series.

Even so, there are some parts of the game that are aesthetically interesting. One set of Halloween levels is given a pastel look that provides the appearance of an old painting that you might find in a haunted mansion. Each level is also tailored with props to fit the theme it’s trying to evoke; the pigs wear green hats in the Saint Patrick’s Day levels, hearts float up in the sky during the Valentines Day missions, and Chinese paper lanterns and fireworks can be spotted all over the Chinese New Year stages. The graphics for Seasons may not have the best quality in the series, but they do have the greatest quantity of resources.

The most impressive thing about Angry Birds Seasons has got to be the music. Every set of levels has the catchy theme song of Angry Birds converted to fit the designated holiday and/or cultural theme. The Haunted Hogs has a finger-snapping tune that evokes the Addams Family, Piglantis has a delightful Disney-esque seaside melody backed by a lovely female choir, and the theme for the Year of the Dragon is an incredibly epic and energetic sample of traditional Chinese music.

Whoever composed the soundtrack for Angry Birds Seasons really went all out and it shows. Listening to it is almost worth the price of admission alone.

It Plays the Same

If you have played any sort of Angry Birds game in the past, then you should know exactly what to expect here. The birds topple the pigs’ and their rickety fortresses using themselves as makeshift artillery shells.

Most of the strategy in the game comes from aiming carefully and determining what angle you should launch the birds at, since different building materials are easier to bring down than others. Every bird has his or her own unique ability that makes them more suited for destroying certain things. The yellow bird can act as a homing missile that can blast through wood, the blue bird can split into three and shatter glass, the black bird blows up like a bomb, and the white bird can lay an explosive egg in mid-air.

If you’re expecting anything significantly new here, you’re going to be severely disappointed. Angry Birds Seasons plays far more like a large expansion pack to the original game than as a standalone product.

That is not to say that it’s all completely old hat. Rovio did add a couple of new birds just to make things more interesting. There’s Stella the pink bird, who comes armed with a bubble wand that can lift objects into the air. Bubbles the orange bird also makes his debut and brings us the ability to inflate himself like a balloon at the touch of a button.

The new birds are fun to use, but they’re sadly limited to a few puzzles each. Most of the time, you’re going to be using the basic guys from the original game.

If there is one thing you’ll be getting a lot of in Angry Birds Seasons, it’s difficulty. The holiday-themed trappings belie the fact that this game largely feels like a mission pack for master artillery players. The difficulty does not gradually increase over the course of the game; the climb is vertical right from the get-go! Nearly every level requires you to fire a specific bird into a specific area for not only best results, but for getting any result period.

Unlike most of the other iterations, Seasons makes it hard just to get a one-star rating for each puzzle. With that in mind, you can rest assured that everything you have learned so far in Angry Birds is going to be tested like never before, which can make beating each level feel more like an accomplishment. On the flipside, it also means you’re going to have to deal with more aches and pains along the way.

Trying to get the perfect trajectory is difficult enough as it is, but the age of Angry Birds Seasons makes things even more annoyingly hard. Later games would add a dotted path that would show you where your bird was going to fly once launched. It’s a small thing, but it does wonders for getting your launches just right.

Sadly, that feature was not implemented in Seasons, so you’re kind of going to get stuck with estimation and trial-and-error. The number of birds you have at your disposal is also severely limited, so be prepared to see the “game over” screen a lot as you fail to wipe out those smug porkers over and over again.

The good news is that unlike all the other titles, Seasons’ level progression is not entirely linear. Every stage in the game has been divided up into groups that correspond with the specified holiday for that year, and you can switch between them whenever you like. For example, if you get stuck on a puzzle in Wreck the Halls, a level set with a Christmas theme for 2011, then you can just as easily go play in another set of levels like Summer Pignic. There’s no need to kill yourself again and again over one little puzzle.

In the end, it seems oddly fitting to say that Angry Birds Seasons is a bit of a mixed bag. There’s a sizeable mix of levels to find, all of which are based on various holidays and other special times of the year. Better yet, this game has seen more content expansions and add-ons than just about every other Angry Birds game in existence, making it a relatively good value for the amount of money you’ll spend on it.

However, that’s only if you think you have the skill and/or patience to deal with it. Seasons is the only game in the series that hasn’t been built with beginners in mind. In fact, it might be a little too much for most casual players.

Ultimately, Angry Birds Seasons is not a necessary addition to the franchise. It doesn’t have the seniority of the first game, nor does it have the awesome little innovations of the later iterations like Space and Star Wars. It just kind of occupies a specific niche for players that are seeking a challenge. If you’re in that niche, it might be worth a shot. For everyone else, you might want to look elsewhere.

Dave Galvin is a freelance writer and avid gamer. Somehow, he managed to find a way to combine the two passions.

Join the Angry Birds as they celebrate unique seasonal events from around the world! Enjoy the addictive physics-based gameplay you love, but with an exciting twist. For the latest update, hit the slopes in an all new Advent calendar-style episode – it’s Ski or Squeal!

Get ready to carve some fresh powder – we’re going on an alpine skiing holiday this Christmas! Shred the slopes (and the pigs) in 25 all-new, skiing-themed levels. A new level opens every day of December until the 25th so grab your lift ticket and count down to the holidays with the birds!

In addition to Ski or Squeal, download and enjoy:

- UNIQUE POWER-UPS that give you the edge in tricky levels!

With over 2 billion downloads, Angry Birds is the most popular mobile game series of all time. Join the global phenomenon!

This game may include:

- Direct links to social networking websites that are intended for an audience over the age of 13.

- Direct links to the internet that can take players away from the game with the potential to browse any web page.

- Advertising of Rovio products and also products from select partners.

- The option to make in-app purchases. The bill payer should always be consulted beforehand.