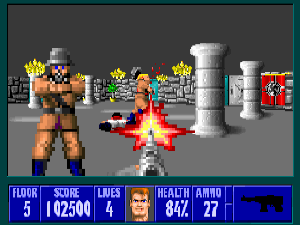 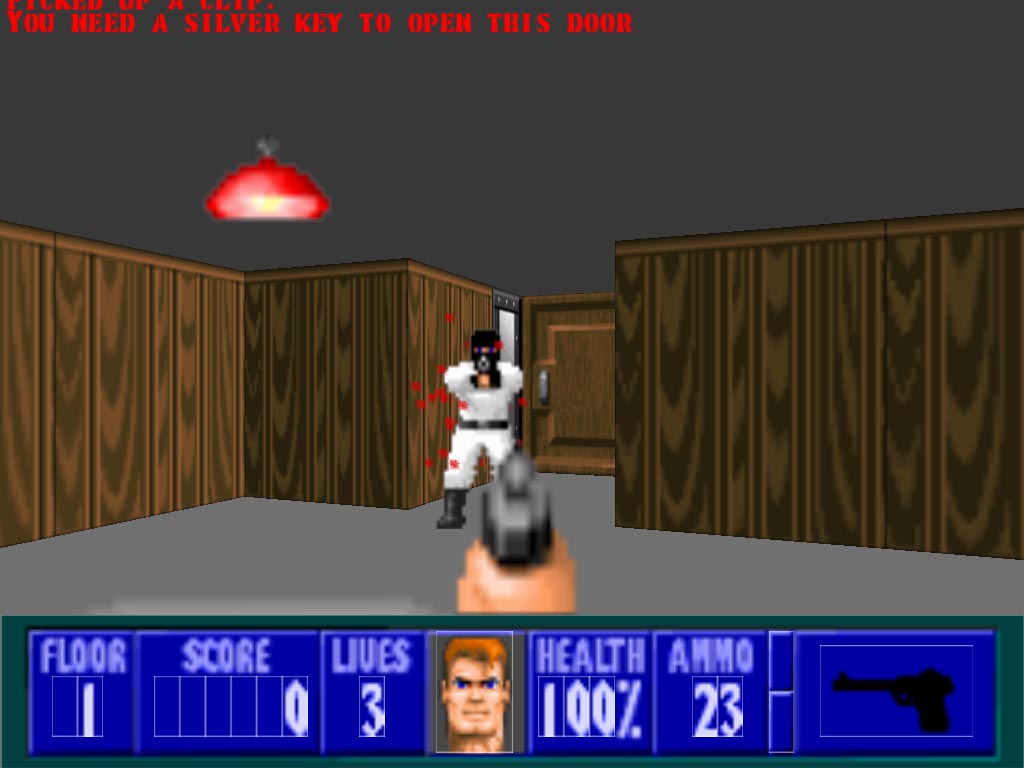 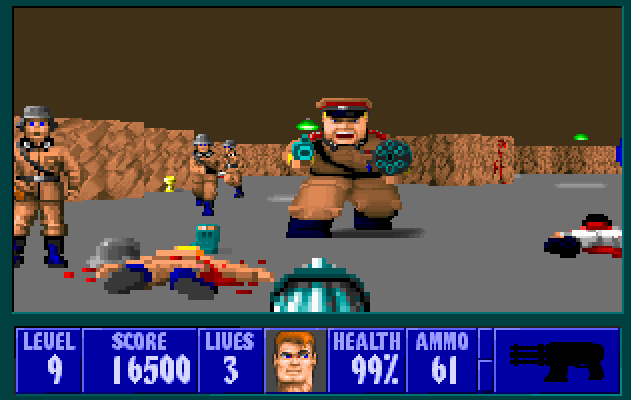 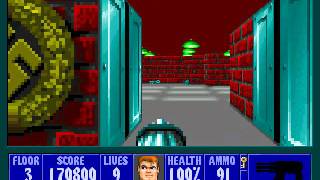 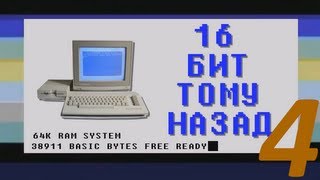 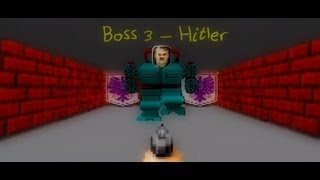 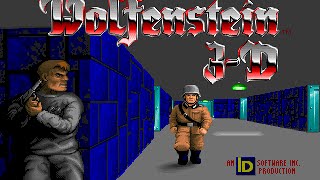 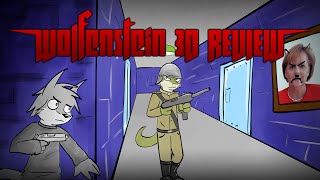 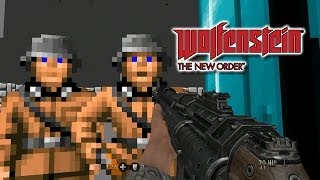 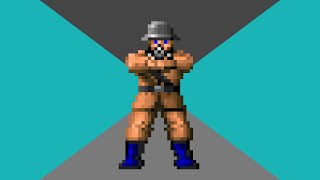 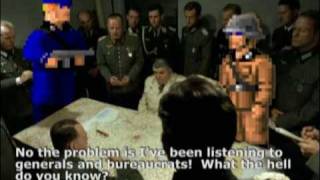 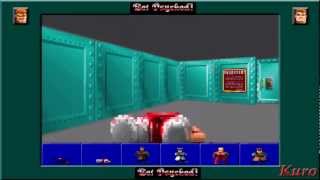 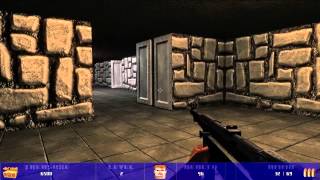 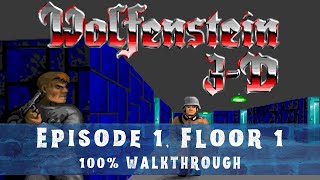 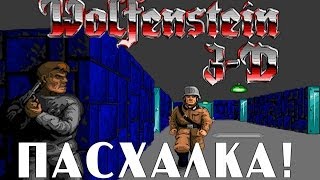 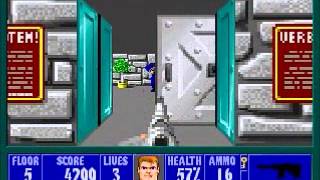 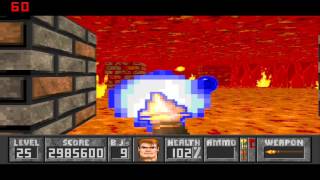 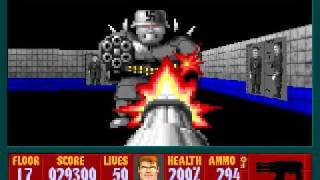 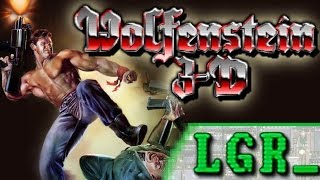 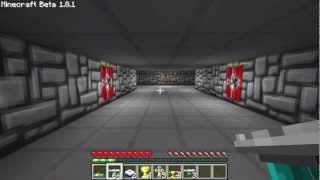 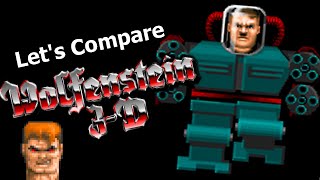 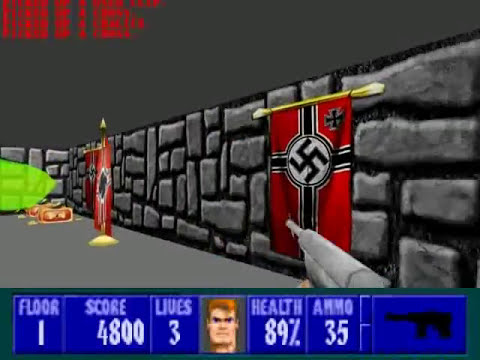 Wolfenstein 3D (often shortened to Wolfenstein and Wolf3D ) is a first-person shooter developed by id Software and originally published by Apogee Software. The game is set during World War II. as the player controls a captured American spy named B.J. Blazkowicz. The game was originally released on May 5, 1992 for MS-DOS. but later ported to multiple other systems. The general gameplay is that of a maze-like layout where the player ran around collecting guns, ammo and treasure. The game originally included only 3 episodes, but later was enhanced by 3 more prequel episodes, known as the Nocturnal Missions.

The game is forbidden from sale in Germany due to cultural stigma against the use of swastikas in any fashion, though private play is permitted.

Starting with the SNES port, later releases based on the DOS one had a different set of missions. These became part of what is known as the Original Encounter /2nd Encounter and is a completely different story than the original game.

Id Software created Wolfenstein 3D after pioneering a 3D game engine used in Hovertank 3D and Catacomb 3-D . The game was inspired by the older games Castle Wolfenstein and Beyond Castle Wolfenstein for the Commodore 64. Apple II. and DOS. which were stealth-based and controlled in a top-down view. However, both games have no other relation to the current Wolfenstein franchise. It is considered the grandfather of the First-Person Shooter genre as it all started from here.

In Wolfenstein 3D. the player controls B.J. Blazkowicz. an American spy during World War II. The game is divided into two sections: the primary episodes 1, 2, and 3, and the prequel Nocturnal Missions. the episodes 4 through 6, which take place chronologically before the first three episodes.

In events leading up to the game, B.J. has been captured and taken to the lowest levels of Castle Wolfenstein's dungeons. The game starts with the protagonist having killed a Nazi guard that was keeping his cell after pretending to share information in return for medical attention, and takes a pistol and a knife from the corpse. He then has to proceed with fighting his way out of the dungeons and up through the castle. Finally he reaches the end of the castle and is forced to battle Hans Grosse. a Nazi enforcer in charge of castle protection. As B.J. had already killed his brother and sister in Spear of Destiny and the Nocturnal Missions, Hans is delighted to fight. However, like the others, he is no match for Blazkowicz, who successfully escapes from Wolfenstein.

Upon his escape, B.J. is tasked to thwart Operation Eisenfaust. a Nazi project spearheaded by their scientist, Dr. Schabbs. Its purpose is to create an army of zombie mutant super soldiers, whom B.J. had already battled in the past (even destroying a stronger experimental version, an Ubermutant ). B.J. fights through Nazi forces, reaches Schabbs' lab and assassinates the mad doctor.

Chronologically, this is the final mission of B.J. The brave agent moves on to the fuhrerbunker in Berlin to assassinate none other than Adolf Hitler himself and stop the War. After killing Hitler's elite forces and entering his floor, B.J. must overcome Hitler's apparent occult hellish powers, presented in the form of Fake Hitlers. In the final battle, Adolf Hitler appears in a mechanical suit of power armor with four chain guns. However, the Fuhrer failed to overcome B.J. and ended up being killed by him.

There are 3 prequel chapters named Nocturnal Missions in which B.J. Blazkowicz goes after General Fettgesicht, a Nazi general planning to use chemical weapons created by Nazi scientist Otto Giftmacher. This is chronologically the first episode of Wolfenstein 3D. where B.J. goes after the brain behind the chemical weapons - Otto Giftmacher. The episode concludes with Otto dead and B.J. heading to find out Fettgesicht's location.

Episode 5: Trail of the Madman Edit

After defeating Otto Giftmacher, B.J. needs to find out where the general is, and battles his way through the dungeons of Castle Erlangen. looking for the secret Nazi plans, and walks straight into an ambush by Gretel Grosse. a female Nazi enforcer and sister of Hans Grosse. After killing Gretel, B.J. captures important documents detailing General Fettgesicht's location.

B.J. is finally tasked with killing General Fettgesicht at the Offenbach military installation, ending his chemical warfare campaign. Despite heavy enemy presence, B.J. is able to locate the general and fights him to death, thus bringing an end to Nazi chemical program.

The game was originally released for MS-DOS. but has since been released on multiple other systems such as the Macintosh. Apple IIGS. Acorn Archimedes. NEC PC-9801. SNES. Jaguar. and GBA. For the twentieth anniversary of the game, an HTML5 port was released on the Wolfenstein website.

Pressing [I] [L] [M] all at the same time, will give you both keys, and will give you 100% health. It will also take your score to zero. This cheat will work in both the shareware and the registered version.

The debug mode is activated with a different command line parameter depending on what version of the game you have.

[tab] [V] - Add extra VBLs (Vertical Blanking Signal -- this will do nothing for most users except maybe increase or decrease the game speed.)

[tab] [N] - No clipping (walk through walls) - (This works only in Wolf3D v1.0 shareware. This mode can cause really bad things to happen to the game, including corrupting itself, which is why it was taken out.)

Hold down [M] when the game is starting to access a jukebox. It only brings up a few songs at a time; if you keep on doing this, it will randomly pick a separate list of songs for you to pick from.